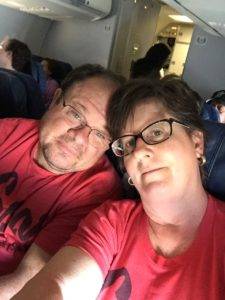 “Do not withhold good from those to whom it is due, when it is in your power to do it.”
Proverbs 3:27 ESV

I became involved with Casas por Cristo through my church, Chapin United Methodist, located in South Carolina. At the time I was chaperoning a youth ski trip with my son, Andy Davis, and I met my future husband, Dale Mayo on this trip. During the four hour ride, I learned from Dale all about his time serving with Casas and how he was a part of forever changing the lives of these families. During the four days that followed, Dale and several other adults who had served with Casas, had the opportunity to share their stories with the group of students.

I recall Andy telling me he was interested in going to Juárez, but without mom tagging along. Andy tells a different story about being a sacrifice so I could get to know Dale Mayo better! For whatever reason, Andy went with Dale and the group to Juárez and left me behind. I definitely put my prayer life in overdrive as I prayed for their safety on the job site, the family they were serving, and the pastor who would shepherd this family in the future. I recall being so exhausted throughout the week being left behind and doing all I could do by praying. I couldn’t imagine how the group who was actually building and pouring themselves out to the families and local community were holding up.

I think my ah-ha moment came when Andy called me after crossing the border back into the United States, and he was talking to me through tears and excitement all at the same time. His expression of being a hero to this family and serving Jesus through serving them was over the top for a young teenager, but definitely profound for me, too, and something I wanted to know more about.

I made the next build with Dale, and along with the team, went to Juárez. I absolutely fell in love with the whole mission of Casas por Cristo. The idea of coming alongside the pastors and making these partnerships to serve in their communities meant so very much to me. I initially thought it would be pretty easy for Casas to just furnish the building materials and show a few folks how to build, so they could carry the torch further and Casas could move on, but that’s not their heart and not their model.

Scripture is full of situations where God sends other people to further His agenda. It’s not because God cannot do it himself. I think it is because God wants us to work and live in community surroundings, relying on one another in Christian love and worship to live life together. The encouragement and resources that Casas pours into the local pastors and into the communities they serve, is kingdom building. What better way to serve the poor and spiritually broken in these areas?

For me as a trip leader, God began to tug at my heart by revealing some of my spiritual gifts through a class I was taking at the time. It became pretty clear to me that I was being called to lead a team to Guatemala. I made this first trip as a team leader in 2014, and our team built one house. I had the opportunity to not only see how the Guatemala build is versus Juárez, but to also see how Casas just continues to step up and step into new situations for kingdom purposes.

Since my first build in 2014, I have led several other builds and have been blessed to have my husband, Dale, and my son, Andy, along with several people in our church, who share this same love for Casas, step in and help lead. We have been able to consistently send teams to build with Casas since 2014.

Fast forward to 2017, Dale and I both have the opportunity to lead a team to the Dominican Republic this October. We took the chance back in 2015 to serve with a Team Casas trip for individuals in the Dominican so that we could scout the area before bringing a full team. This experience to build and serve with Casas in their new location will be exciting. The potential to spread the gospel in the Dominican using the same format that started in Juárez, Acuña, and Guatemala is something that we just cannot help but want to be a part of as kingdom builders.

Chapin United Methodist is excited to celebrate 10 years of a beautiful partnership with Casas por Cristo and with all the many missionaries, pastors, and families that we have prayed with, encouraged, and loved on. We thank you Casas por Cristo. We also thank all of the team members who stepped out to go. And we thank our first trip leaders, Joy Murphy and Dale Mayo, for not being afraid to step out in faith and lead a team to Juárez, México back in 2007. 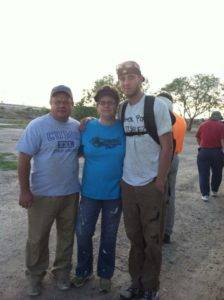