“God is our refuge and strength, an ever-present help in times of trouble.”
-Psalm 46:1

Those were the words that the team of volunteers, interns, and staff members wrote over the doorway of Luz De la Cruz’s new home. Although the team didn’t know it at the time, Psalm 46:1 held a deeply poignant message for the De la Cruz family. 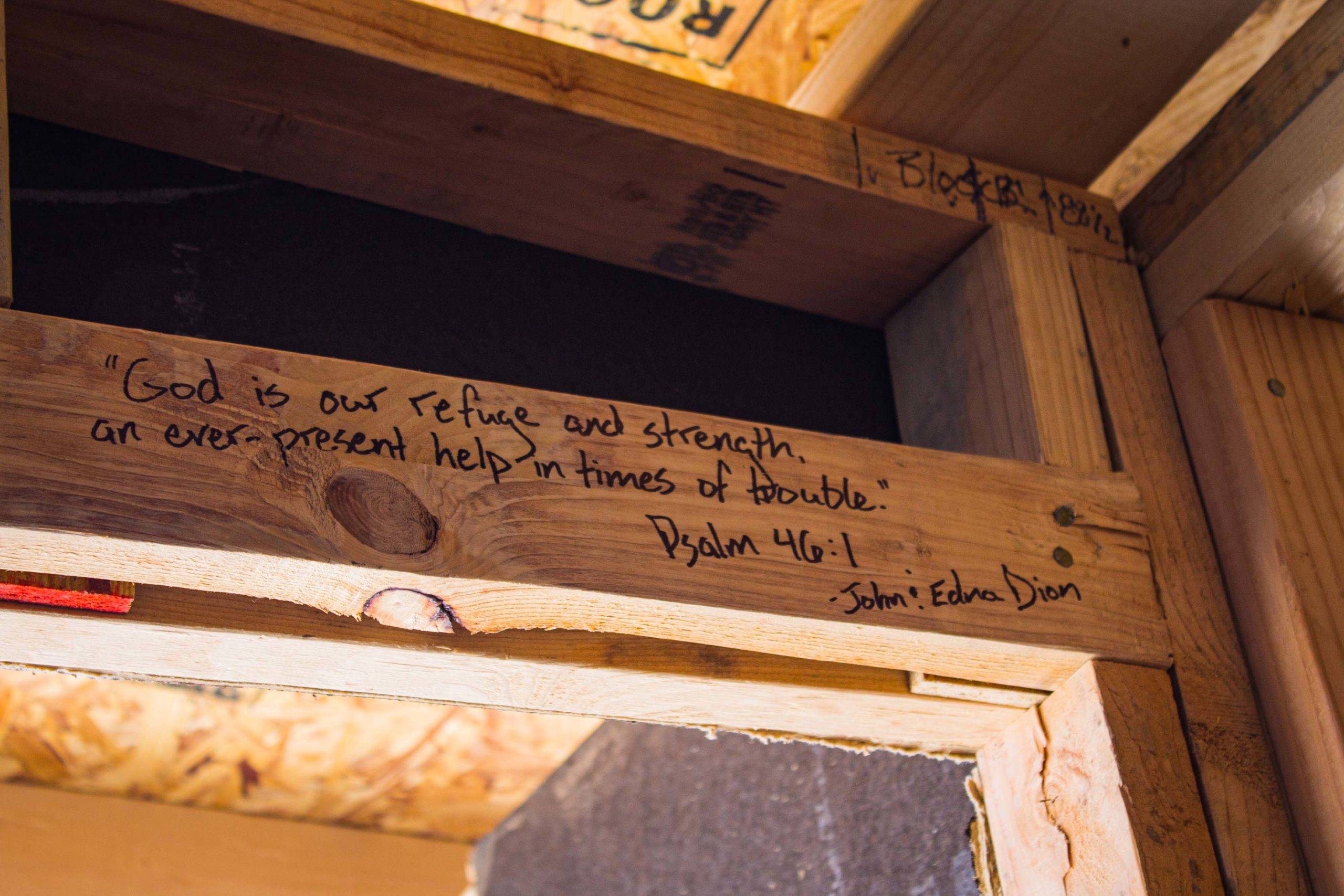 The team arrived on a Monday morning, excited to meet Luz’s family and build them a new home. The build site was directly across the street from the family’s church, so they were very excited to be moving to the area.
The De la Cruz family’s build also happened to be CpC’s very first Virtual Build, so it was made all the more special by the support of people near and far. On Day 1, those who were following along online sent us prayers and verses to be written on the studs of the home.
On Day 2, the team raised the walls and secured them in place. They then took a break from construction and wrote the verses and prayers, along with the name of those who sent them in, on the wooden studs. It was a profound moment of reflection for everyone on the site – one that afforded each team member the opportunity to remember why they chose to build and serve. Once each word had been carefully written in permanent marker, one of the interns had the chance to read Lucy the words that had been prayed over her new home.
“It was a huge blessing to share that moment with Luz,” said Rachel, our Creative Writing Intern. “Despite a language barrier, it was amazing to show her that people all around the world were praying for her family and her home.”
As the team got to know Luz’s family and their pastor, Miguel, more, they found out that the De la Cruz’s previous home had burned down. They were temporarily living in a very small home with extended family, and they had waited a long time to receive a new house through Casas por Cristo. Throughout this period of waiting, Luz told team members that she prayed constantly and trusted that the Lord would strengthen her, even when COVID-19 restrictions delayed construction further.
The faith of the De la Cruz family touched the lives of everyone on the site. At the dedication later that week, Luz’s family, friends, and pastor circled the team and prayed over them. That morning was filled with joy and celebration of God’s faithfulness through all circumstances. 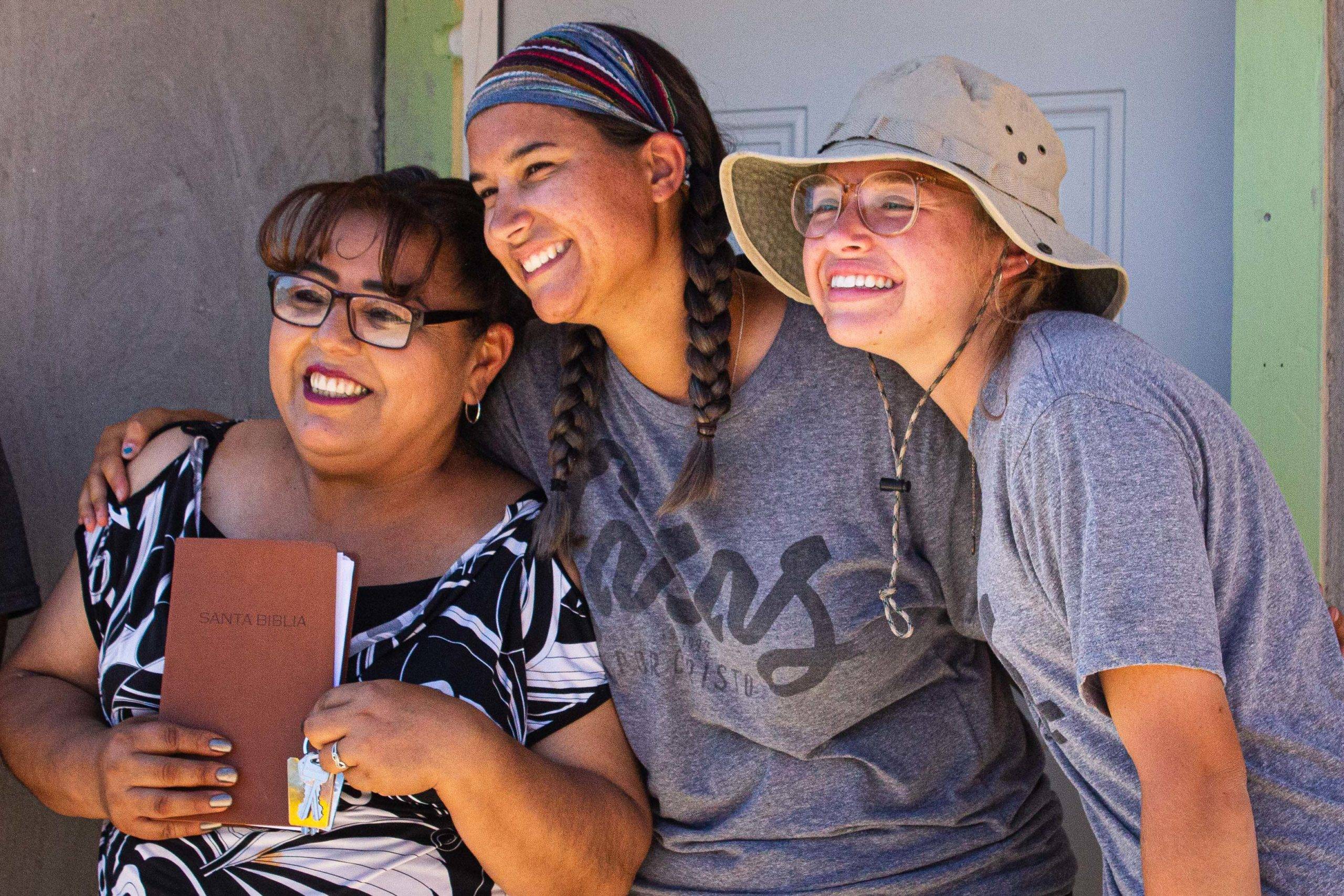 While the Virtual Build team was able to provide the De la Cruz family a physical refuge in the form of a home, God had already given them spiritual refuge. He worked through simple acts like writing verses on studs or conversations over lunch. We cannot wait to see how God will continue to work through teams and families alike as we continue doing Kingdom work.
If you would like to support building homes for families like Luz’s, Casas por Cristo is still accepting donations as part of our Hope Restored campaign! Text “HOPERESTORED” to 44-321 or click here below for more information!