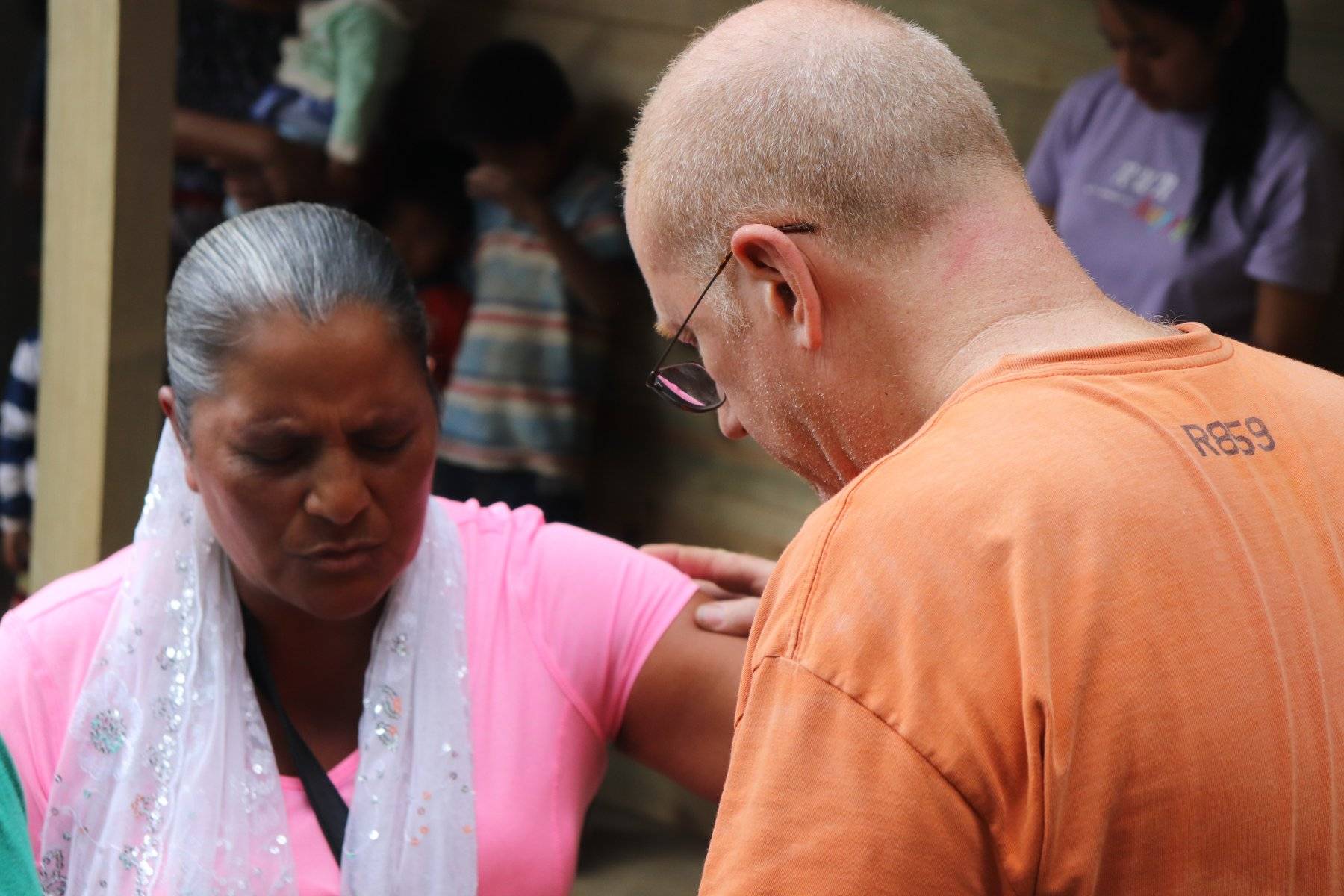 I remember the first build I ever did for Arnulfo Paredes. He was new to our pastor’s committee and told us that he wanted to build for the community around his church. This was a somewhat remote area, but the most memorable part was the fact we couldn’t take a bus. We were building with Chapin UMC that week and because of the complicated roads we had to take 4×4 trucks to get to the two families we were building for. Not only that, we had to turn around inside a river to make the sharp turn into the community.

Arnulfo was a tall, hard-working man. He was a mason by trade and spent his weekends ministering to his community. He was laid-back and liked to joke around. My dad was building with us that week, and despite the language barrier Arnulfo and my dad got along very well. They took a photo side by side and we all joked and said that they looked like brothers! This was in spring of 2015. For the next few years, Arnulfo became a favorite pastor among groups and he even invited us out to his house a few times while they had birthday celebrations.

In summer of 2017, former CpC missionary, Tyler Miiller was doing follow-ups. He went out to visit Arnulfo and that village, but he wasn’t ready for the news he was about to receive. Arnulfo had unexpectedly passed away the week before. His wife, Olga, was surrounded by their children and community members. Olga pulled out the picture of Arnulfo and my dad and asked Tyler if he could tell the man in the picture of her husband’s passing because often times Arnulfo would have a laugh as he recollected his “brother” in the states.

At the next pastor’s meeting, Olga and her daughter walked in. We could tell they were heartbroken, but they walked with pride. During that meeting, they talked about the loss of Pastor Arnulfo and we all expressed our condolences to Olga. They gave her a chance to speak. While holding back tears, she told us that nothing was going to change. She was going to step into her husband’s role on the pastor’s committee and become the head pastor of their church. She knew their small community had needed her husband, and despite a broken heart, they needed her.

Since then, Olga has been a regular attendee of our pastor’s meetings. She typically sits in the back and doesn’t say much, but has been actively involved as the sponsoring pastor for three builds since joining the committee. A few weeks ago, I had the pleasure of building with her for the first time since she had taken over for her husband. Having experienced her timid demeanor at our pastor’s meeting, I wasn’t sure what to expect. I figured she would come check on us once or twice and then be there for the dedication. I have never been so wrong.

Olga and her entire family came every day to watch the team build and to minister to the family. In fact, the road to the site was close to her house so they would be there waiting for us every morning to jump on the bus and ride along the rest of the way. Her grandchildren played alongside the neighborhood children, and in between all of the work, our team, Antioch Christian Church of Decatur, Illinois, would jump in to kick a soccer ball or join in whatever other game the children had come up with. The days passed and the team adamantly did not want to rush the build. The Spirit was present and fellowship was abundant.

Every day, Olga and her daughter would help the neighborhood women as they cooked for us. I can only imagine the productive conversations that resulted as their pastor served right beside them helping them with the work of preparing excellent meals from scratch for twenty hungry Americans. During all of this, Olga never once failed to connect with the team and would encourage local men to jump in and help on the project. It truly was amazing to see everyone coming together as one.

On the last day it came time for the dedication. The events of the dedication were pretty standard. Then it came time for the closing prayer. Olga and another lady from the church pulled out bright white shawls and draped them over their head and shoulders. They both began praying for the family out loud with passion in their voices. They then began laying hands on different people all over the group while praying for them. Each prayer was tailored to the individual that they were praying for. They were totally led by the spirit. They were praying out loud, two at a time, for two separate people. Olga, started praying over a girl who had been sick for the last couple days of the build. You could hear her tone change as she vehemently prayed over this particular girl! Their prayer eventually came to a close. Everyone stood in awe as to what they just witnessed, most with tears in their eyes.

All in all, I am very proud of Olga’s decision to continue pastoring in her community. Seeing her in action was clear evidence that her heart is as fully into our mission as it is hers. She truly is a woman of God. 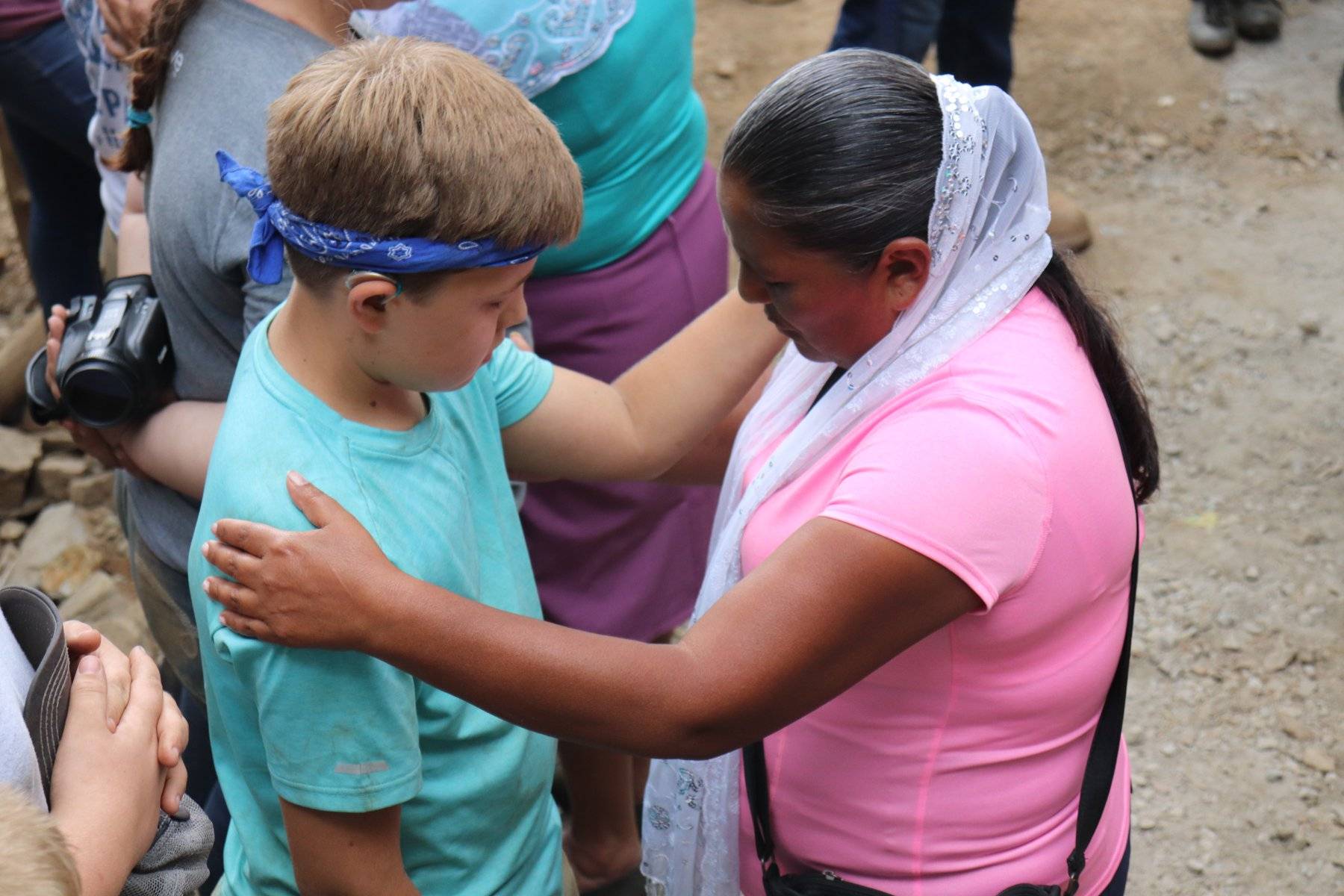 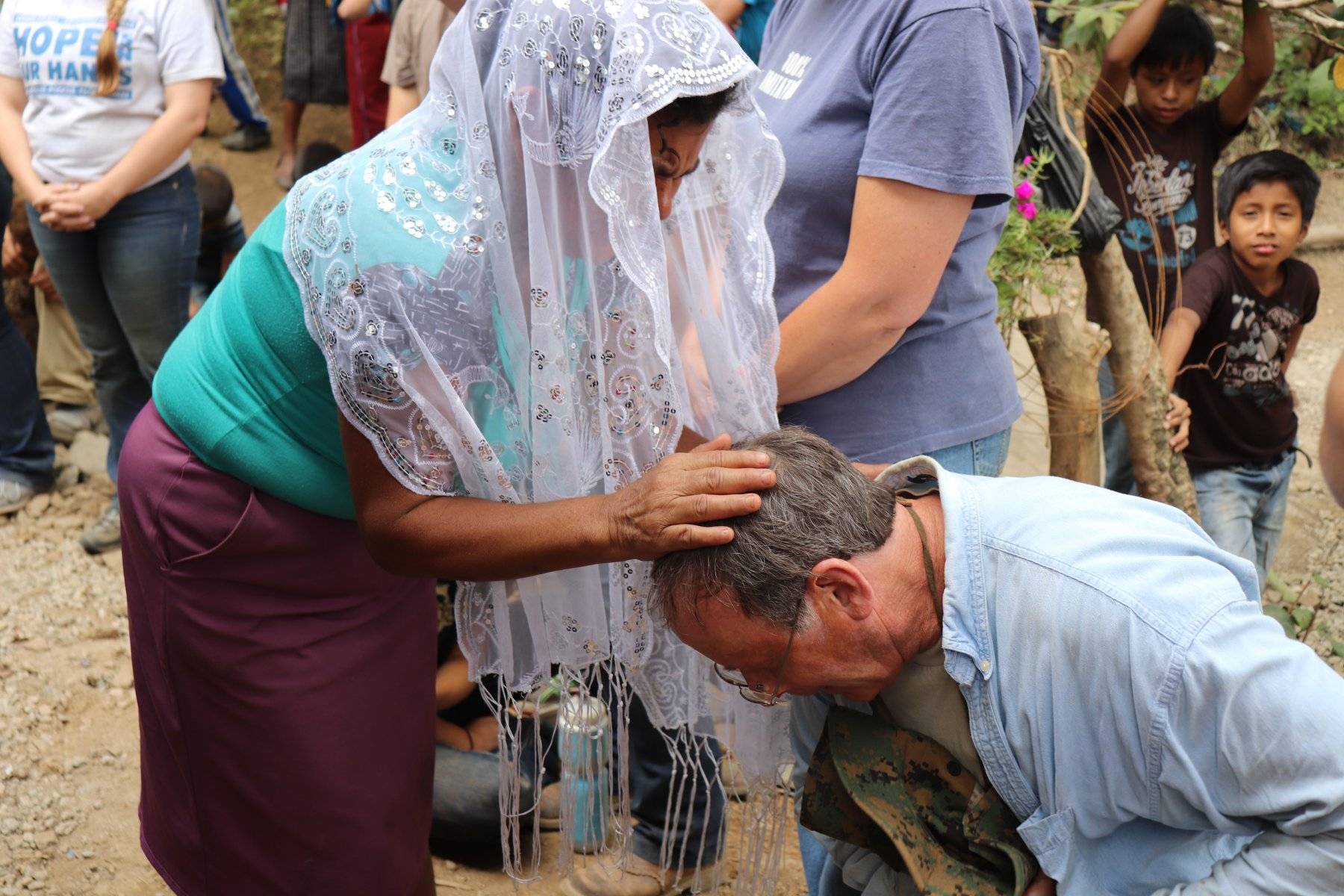 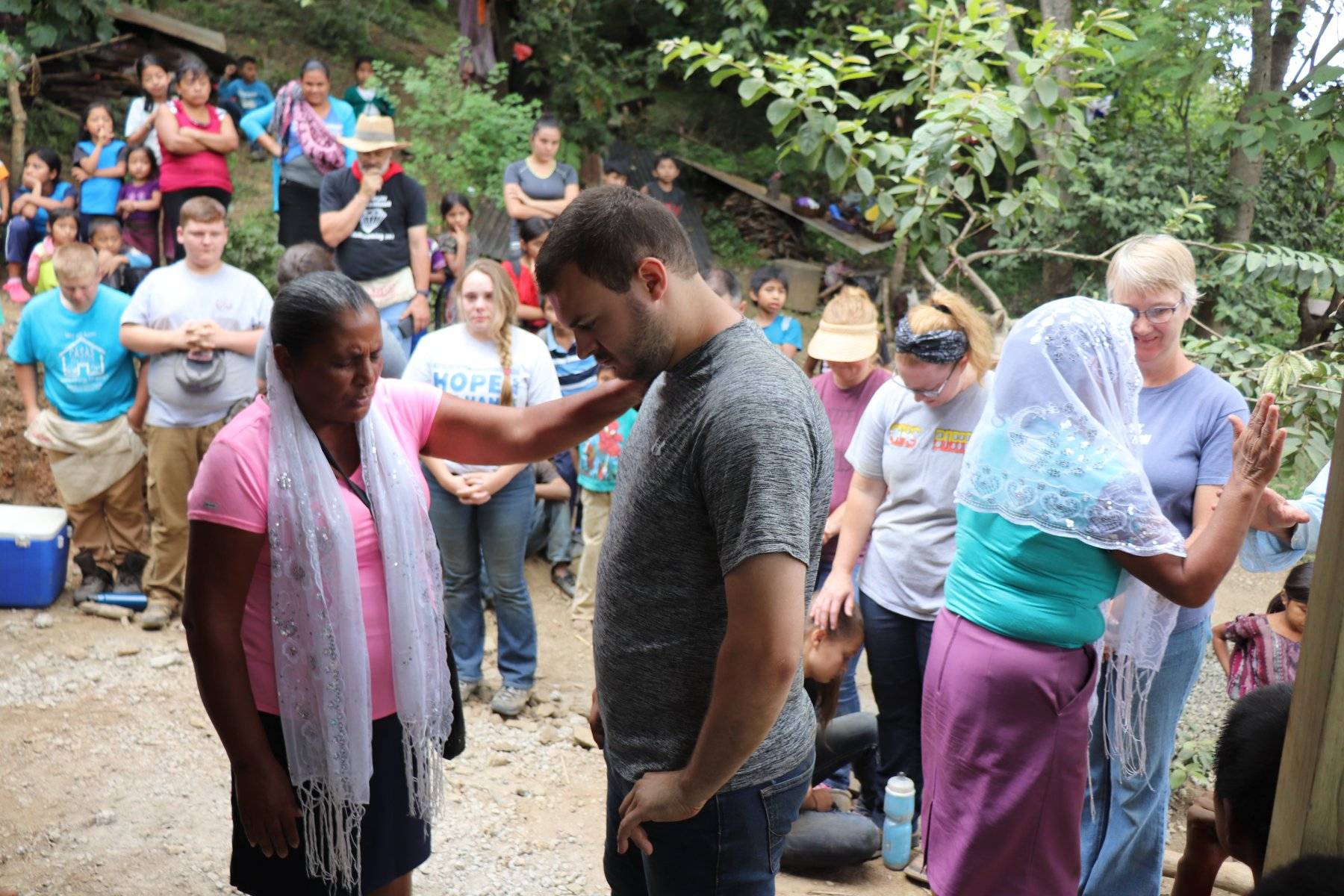 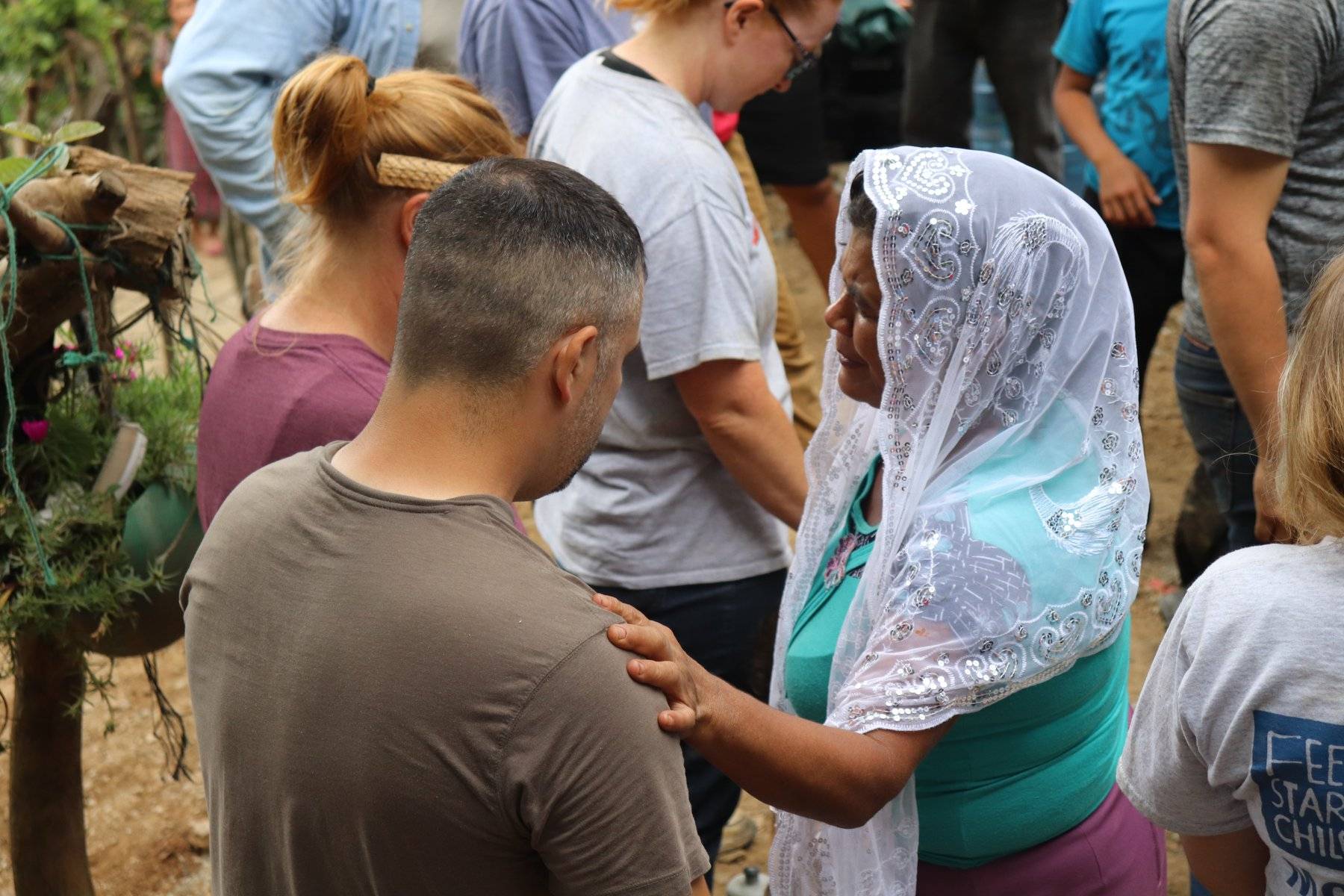