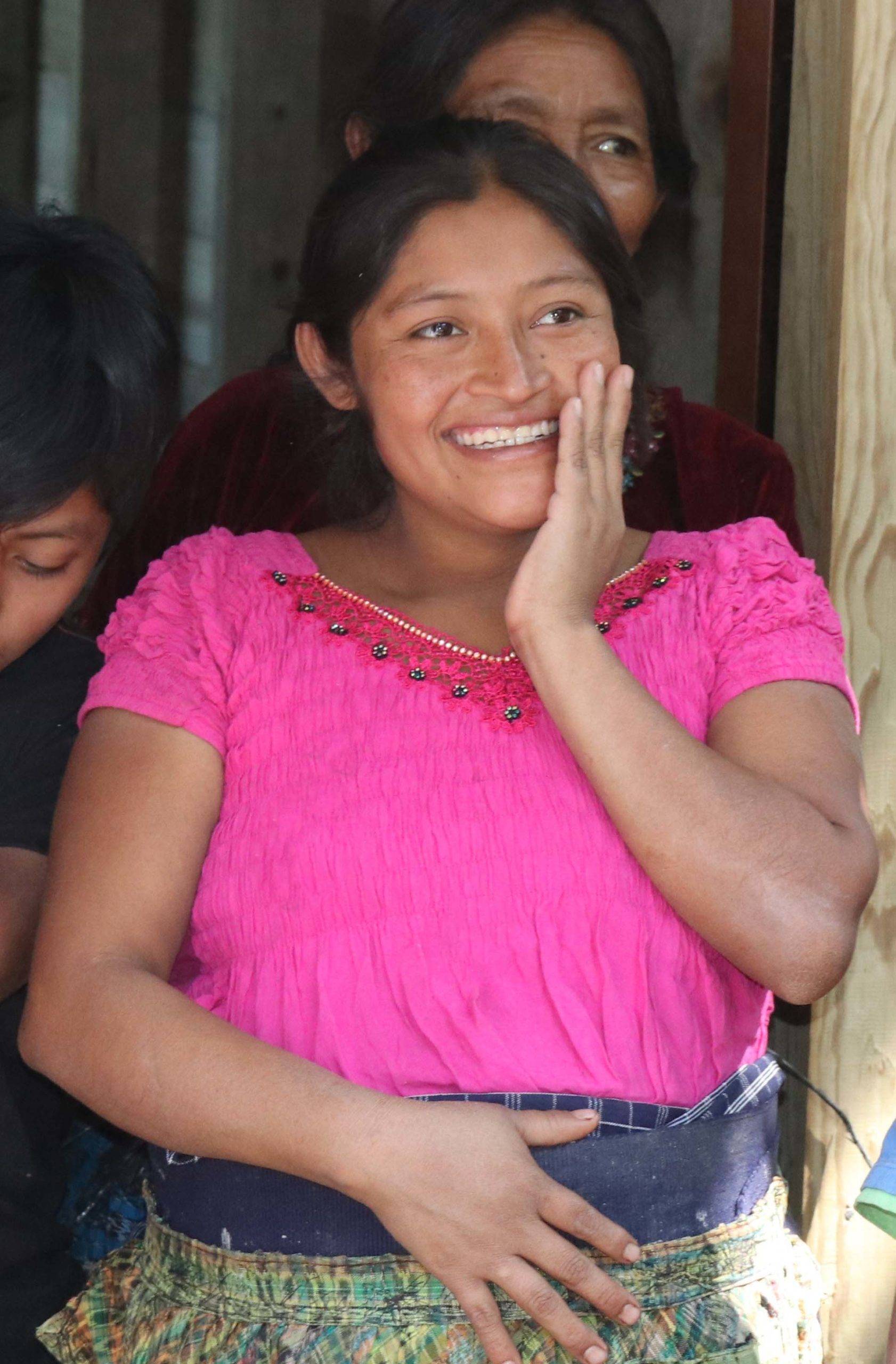 In August, Wayland and I moved from Guatemala to Nicaragua. But we were excited to learn that we would return to Guatemala in November to build a home for Alfred, his wife Paula, and their five children. We watched the First Look video, began praying for the family, and couldn’t wait to meet them.

When it was finally time to begin building the home, upon arrival to the site, we circled up as a team to introduce the family. Greeting the family is one of my favorite parts of the building process, so Wayland always lets me translate the introduction for the team. I introduced the parents first and then began working down the list of the names of the five children and their ages. When I got to the bottom of the list, we learned that the family of seven had very recently become a family of six. Just weeks earlier, in the middle of the night, as Paula and her two-year-old daughter, Milvia, slept on a mat on the dirt floor, a mudslide swept across the land, and the two-year-old passed away.
Although nobody said it, we couldn’t help but wonder, why couldn’t we have been here to build this home weeks ago, before this tragic event? During the week, it was evident that rather than mourning in sadness, Paula was finding hope in the new home and the life her family could have in this secure shelter. She knew that everything is in God’s time. Paula announced that she was expecting another child and was full of joyous tears and pride in her new home.
Katherine Dietrich
Finance Coordinator